KISUMU CITY - Chams Media on Saturday launched its Kisumu bureau, the third operational base under the Company after Nairobi and Lodwar offices.

This is in line with the Company's quest to expand its reach across the country. 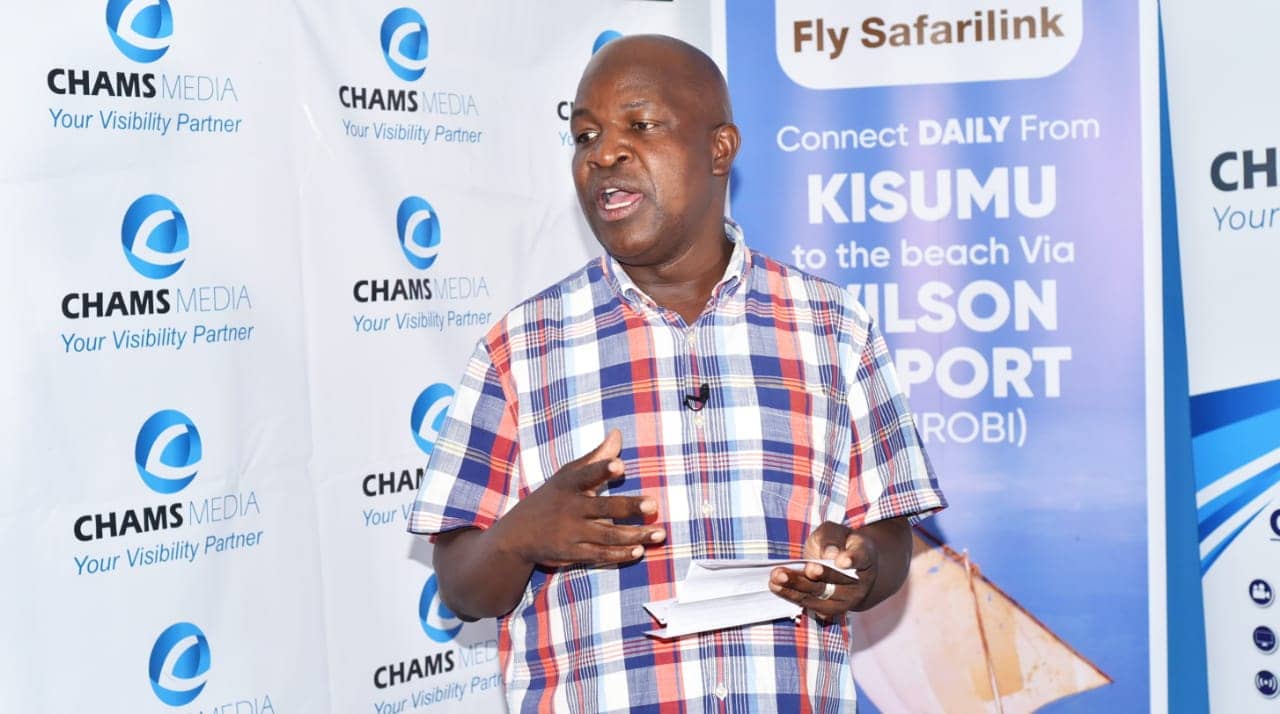 Chams Media has made a name as the go-to company for the production of unmatched documentaries and story-telling that transforms lives.

The Kisumu office is located in Nyamasaria, opposite Dubai Complex along the Kisumu-Kericho Highway.

It will be Chams Media's entry point to Nyanza and the larger Western region.

Today is a historic day in our journey to position ourselves right in the heart of the cradle of mankind as we launch our first ever regional office away from Nairobi.

It gives me great pleasure to invite you all to this launch that sends a signal that Turkana county and the entire region are ripe for investment. Your presence is a clear statement of your confidence in Chams Media work.

We are not new in Turkana, for we have produced and aired several eye-catching, inspiration, informative and engaging features about the county, away from the normal news narrative that tends to concentrate on problems. For us, opening this office is a step further in our vision to position ourselves in this region that has many positive untold stories. We will traverse the entire North Rift region whose population is about 10 million. The region is goldmine of interesting stories in various sectors including trade, tourism, environment, agriculture, culture, sports and peace building.

Our aim is turn our lenses on the entire eight counties of the region, namely, Turkana, Samburu, West Pokot, Elgeyo Marakwet, Uasin Gishu, Nandi and Baringo.

Devolution has brought visible social economic transformation in the so called marginalized areas of Kenya. Why not devolve content creation too?

You can find our content on our digital platforms including Chams Media TV YouTube channel. We produce documentaries, features, infomercials and commercials.

We are ready to partner with government entities, NGOs, religious organizations, media organizations and the private sector at large to produce and distribute content that transforms lives.

We have the state of the art technology and a competent team in Lodwar which will be supported by the team at our headquarters in Nairobi.

We also aim to contribute to promotion of talent in the region. Indeed it is already happening. We have nurtured local talent in various fields from videography to research, scripting and reporting.

The show titled Ushirika is a 10-minute docu-series that features trends in Kenya's cooperative movement.

The premiere show was about 2NK, a registered Matatu Savings and Credit Cooperative Society whose members have benefitted from the support of Co-operative Bank of Kenya.

Speaking about the new show, Chams Media chief executive officer Alex Chamwada said the partnership is yet another huge step forward for the Company.

"This is yet another game-changer as we continue to produce more development-oriented content," he said.

The series will also highlight the role of Co-operative Bank of Kenya in cooperative movement.

According to the National Transport and Safety Authority, NTSA, there were over 700 registered Matatu Savings and Credit Cooperative Societies as of Mid-March 2021.

Statistics from Matatu Owners Association indicate that matatus in Kenya move about seven million passengers daily, and has a turnover of about 300 billion shillings per annum.

The law demands that all matatus be operated under a Sacco or a limited company. Matatus in the country employing over thousands of drivers besides many others who have been employed in the sector.

Of the 700 registered Matatu Saccos, over 500, including 2NK, bank with Cooperative Bank of Kenya.

Chams Media has over the years made a name as the go-to media Company for production of informative, inspiring documentaries and feature stories.

According to head of production Justus Ndichu, this is just the beginning.

“We are excited to keep producing shows that Kenyans can learn from, we are happy to contribute to the socio-economic development of this country, and Ushirika is just but another step in our journey of producing transformational content, and we are proud to make it,” he said.

Season one of Ushirika will air for 13 weeks.

Here’s the link to episode one; https://bit.ly/3eMQJJA

Ladies and gentlemen, I am happy today as we start a new journey with the Nation Media Group.

Let begin by saying our goal at CHAMS Media to produce informative and inspiring content that transforms lives. We think we live we dream happy stories or call them feel-good stories. We produce unmatched documentaries and features. Daring Abroad is one such product. It focuses on people who have ventured beyond the borders of their home countries in various fields including entrepreneurship, leadership, education, sports, and culture. Simply, people, it is about those who have dared live, work, or do business abroad and how that has impacted on their lives. We live in a global village.

Daring Abroad has captured the imagination of audiences not only in Kenya but across the world. It has become a club where people source inspiration, business ideas, networks, exposure, and knowledge. The experience of a Nigerian teacher in Seychelles may not be the same as that of a Kenyan teacher’s experience in London but when those experiences are shared whether positive or negative, they not only enrich the profession but also showcase our unlimited boundaries and potentials.

Daring Abroad has been along for five years. It is now re-loaded with two fresh segments. There is Kenya to The World that traces the value chain in Kenya’s products making it to the global market and My Magical Kenya in which the presenter, yours truly will be sharing his experiential journeys in Kenya.

Our goal blends well with Nation Media Group’s aspiration which is to empower by informing, educating, and engaging our diverse audience

On behalf of the CHAMS Media, I humbly and sincerely thank the Nation TV for giving us the opportunity to partner with them as the broadcaster of Daring Abroad. NTV like other Nation Media Group platforms is a strong brand in current affairs in Kenya and the region.

We look forward to a fruitful relationship. The journey towards this relationship ironically began at the most unexpected time. While everything looked gloomy and vague, due to the Corona Virus crisis in March 2020, talks for this partnership began with both parties seeing the potential of this program with COVID or not. Those talks have yielded what we are doing today. Putting pen to paper. And the icing on the cake is the MOU we are signing alongside the Daring Abroad agreement, to share news content.

The plane has taken off

Thank you very much!